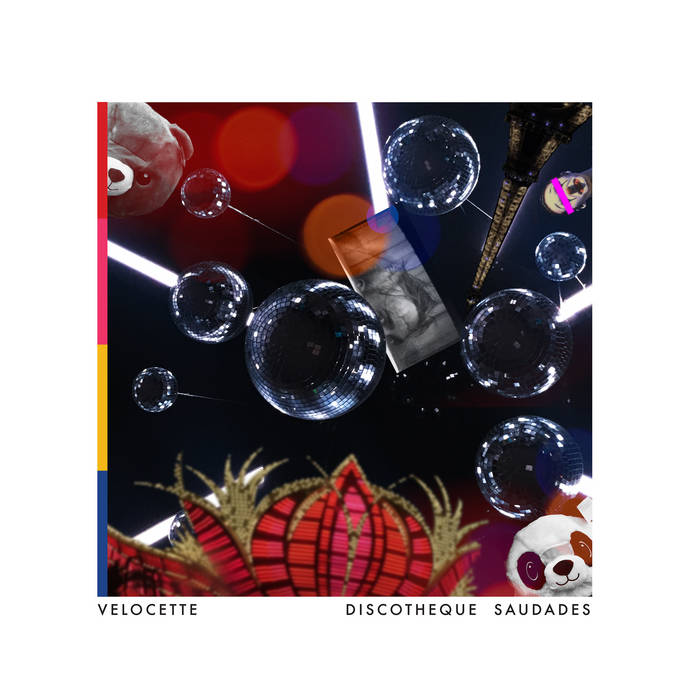 A Colourful Storm presents the first ever compilation of work by Velocette - the nom de plume of Jason Williams and one of the most unique voices of the 90s ambient-techno landscape.

Stylistically siding with a wide network of artists including Pete Namlook, Reagenz and Tetsu Inoue, Williams’ kosmische romanticism could be traced back to Popul Vuh’s In den Gärten Pharaos, Synthesist-era Harald Grosskopf or Clara Mondshine’s Memorymetropolis: instinctively melodic, evolving, otherworldly. Rhythmically, the tracks betray an insight into dance music mutations of their time while striking fresh today - ‘Stumm’ and ‘Memories for the Future’ pulse with energy while ‘Time and Space’ and ‘Microcosmik’ are brittle and beautiful.

Gathered from recordings originally released on Sharp's Reflective label and Williams’ own Parallel Recordings, Discotheque Saudades shines as a document of an exceptional musician from a time dissolved into memory.

“Jason Williams was one of the few musically like-minded souls that I met on the West Coast and ended up being one of the first artists I signed to Reflective Records. The label’s third release, Microcosmik EP (1994) was his debut release as Velocette. Always one of refined taste, Jason’s esoteric equipment choices were a constant source of fascination and inspiration for me: he turned me onto the wavetables of the Waldorf Microwave and impressed me with his virtuosity on an EMS Synthi. I was also wowed by his ability to coax an Oberheim 4-Voice into life.

Jason established Velocette as a Reflective stalwart with his releases Clockworks EP (1995), Voda EP (1996) and debut album Sonorities by Starlight (1996) and developed his singular sound with subsequent releases on his own Parallel Records imprint. Listening to Velocette is like gazing into a brilliant night sky - a blanket of stars shimmering like a kaleidoscope just beyond reach.”