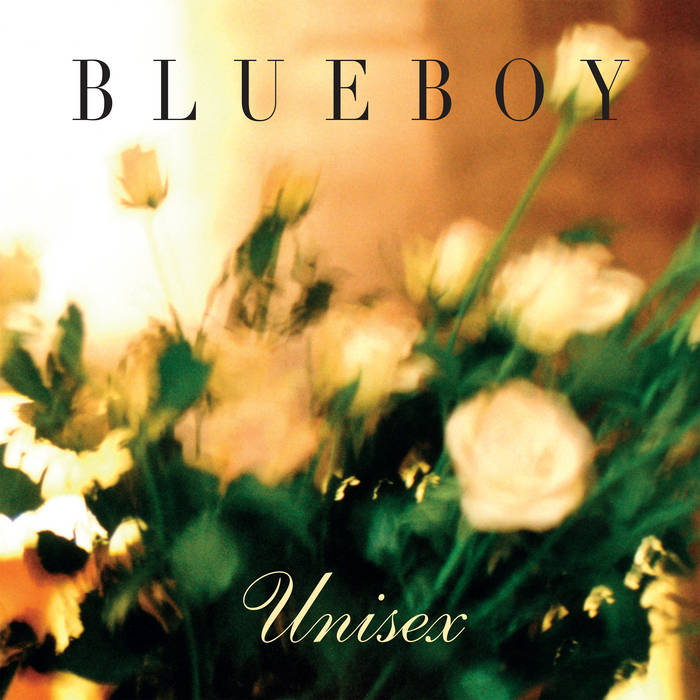 Dano Williams Pairs well with Frank Ocean. One of the best.

rulo_alvarado51 This is a pure masterpiece of indie. I Love it ❤️

peterlovefuzz man, blueboy, what a legend! i dont care if its just a reissued hahaha this is blueboy, damn good!

“All he ever wanted was a lover…”

The trilogy of Blueboy albums (If Wishes Were Horses, 1993; Unisex, 1994; The Bank of England, 1998) entered A Colourful Storm’s orbit almost twenty years after the fact. It’s hard to believe that only a few years ago, in the summer of 2015/16, Bayu would introduce to us music so heartfelt and invigorating it would completely change our musical trajectory. Today it’s hard to imagine the label’s existence without the presence of Blueboy, a group whose sincerity and unadorned tenderness encapsulated a joy, sadness, thrill and exhilaration we had almost left behind.

If its words were unremarkable, we might still appreciate the elegance of the band’s playing, the sheer vision and audacity of having made an album—in 1994, no less—as delicate, baroque and eclectic as this.

But singer Keith Girdler did something groundbreaking here—something no other lyricist, to my knowledge, has done in the 25-plus years since Unisex was released. These songs—variously ambiguous and shockingly specific, heartbreaking and playful—tell stories about romantic and physical desire that were so ahead of their time, no one else seems to have yet caught up to them. If it were released now, Unisex might be hailed as the first album to present an authentic, thematically whole meditation about gender-fluid love and sex in the 21st century. In fact, Unisex is that, but it arrived five and a half years before the 21st century did.

All of that, and Unisex was recorded in a matter of days for virtually no money. How did Blueboy do it?

There’s a reason Unisex is, by far, the most coveted album in the Sarah catalogue. It’s scarce, yes; but it’s also a masterpiece.”

“It's such a long time ago now, but I will never forget the days and weeks spent recording If Wishes Were Horses and Unisex—partly the location (a farm near Chipping Norton); partly the time in my life (at university and the first few years after); but mostly because of the music and that 'something' that happens when recording. Other than touring, recording was the most time we spent together as a band—really together, listening, playing back, discussing, creating, perfecting... it's such a different thing to rehearsing and playing live. Unisex in particular became something completely different in the studio. I'd brought my sister with me, a violin player (she's now better known as the novelist Sophie Kinsella), and together we wrote and played the intro to the album, layering my cello and her violin to create the impression of a string quartet. Then there was the crazy piano ending to 'Also Ran', which I played as a joke and it stayed on... having Harvey and Keith sing together was always so special... recording the 'badadadas' in 'Boys Don't Matter' over and over again because everyone said I sounded too much like a wannabe Liz Fraser from Cocteau Twins... and being able to record 'Fleetway', which was impossible to ever recreate live—these were the really special moments. Recording is an intimate thing, a very special thing. I joined the band in my first year at university; we toured the UK, toured Japan, did so much more than I ever thought possible, and they were truly great times. But like any band, we had the usual ups and downs, the fall-outs, the factions. I left the band after getting a letter from Paul and Keith saying they wanted to do things differently, their own way. It was abrupt, but that was just the way it was. And it was probably the right thing, looking back. Lloyd Haggar, our brilliant drummer, had left equally abruptly a year or so back; the band was different and it was time for me and Harvey to move on. But I will never forget those days in Chipping Norton, the optimism and excitement in the air. And above all, I'm so proud of the music. It came from somewhere real. We were all quite different people, and we didn't always communicate with each other as well as we could have done. But when it came to the music, we all meant every word, every note; we cared so much about each and every song. The idea that people are still listening to what we did back then blows me away. All I can hope is that you enjoy the music a little bit as much as we enjoyed making it.”

“The thing is, I didn’t hear him say it just the once. We talked about it several times over the years. I remember sitting on his sofa, chewing the fat in the front room of his flat that looked out over Brighton Seafront. Then again, during a conversation with Julian at Church Road Studio while we were making a Snowdrops single and discussing the guitar effects Paul would have used. And then again while we were selling fanzines at the Bowlie Weekender, sitting on the sun-drenched pavement, spotting the indie pop glitterati (Greg from Razorcuts, Peter and Amelia from Heavenly, Harvey, a couple of Belle and Sebastians). Each time he said it to me, I had to look carefully at him, in case it was a joke or if he was checking out my response to see what I thought...

It was a personal thing for him. But I still do believe that when Keith told me he didn’t like Unisex at all, he really meant it. I can’t say too much about why, other than the part of the story that is just about Keith—the fact that he felt Blueboy had become too much about him and he was lyrically too self indulgent, a bit too 'me, me, me...' and that it was all a bit personal in terms of his life at the time it was recorded. The Bank of England was his favourite, the one he felt most proud of (apart from that glorious first 7" single). I always remember being a bit sad that this amazing album that meant (and still means) so much to me and plenty of others, was something he felt unhappy with—it is such an accomplished record and one that most of us can only dream about getting close to in its completeness. By the way, he would have argued against the Él reissues as well as these ones on A Colourful Storm. Never go back.”