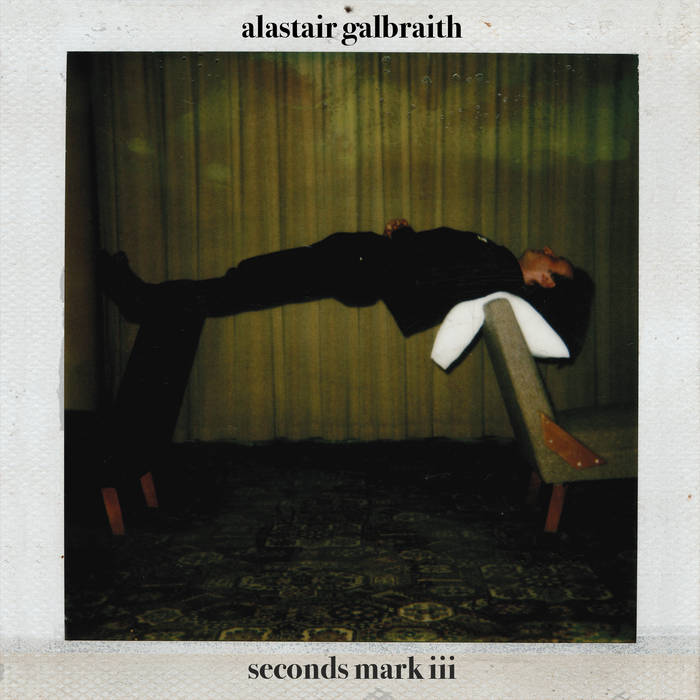 Seconds Mark III is the third iteration of a unique work within the remarkable, ever-sprawling discography of Alastair Galbraith: poet-dilettante, improvisor extraordinaire and one of the most important figures of New Zealand's storied DIY underground.

Commencing his collaborative musical activities in the early 1980s as part of Flying Nun outfit The Rip (with Jeff Harford and Robbie Muir), it was almost a decade earlier when Galbraith first invested in the violin, an instrument that would accompany him throughout the rest of his career. "I think it was much like the kind of thing I do now, because it was a solo occupation". Established at the end of the decade in response to The Nun's growing affiliations with major music labels, Xpressway - a relatively short-lived operation formed together with Bruce Russell (The Dead C) and Peter Jefferies - proved to be crucial in exposing the trio's activities to the rest of the world, forging relationships with US-based labels Siltbreeze, Drag City and Ajax while releasing seminal sides by the likes of Sandra Bell, Scorched Earth Policy, This Kind Of Punishment and The Terminals. It was during this time that Galbraith honed-in on his intimate, intricate style of songwriting detailed on Morse (Siltbreeze, 1993), Talisman (Next Best Way, 1995) and the first Seconds tape (1994).

Gathered from source material recorded during a fertile period of touring and collaboration and re-imagined as a brand new work, Seconds Mark III elucidates Galbraith's hushed yet commanding presence felt on Mirrorwork (Emperor Jones, 1998), Cry (2000) and Orb (Next Best Way, 2000), culminating in Mass (Siltbreeze, 2010) - his last solo album. Despite being rooted in psychedelic traditions of narcotic time-dilation, Galbraith's dealings are distinctively out of time, out of tune; dismantling and eschewing notions of song and structure for small, affecting gestures and fragmentary glimpses. The result is a world of fragile, quietly enveloping poetry embracing fleetingness and intimacy, undulating between hope and pain.

Seconds Mark III is available to stream in full and pre-order now from A Colourful Storm. The LP, housed in a printed sleeve with full-colour artwork, will be released on June 29, 2020.